This month was the annual HopsAboard competition, a crowdfunded campaign that saw a panel of judges choose a winning home-brew to commercialise into 1000 litres, which will be sold exclusively through Tipple.

The winning brew, a German-style Hefeweizen, was created by Ryan Molesworth and boasts unique characteristics and flavours such as banana, making it a perfect beer for warmer weather.

Ryan initially began brewing beer at home to save money during his university days, but by taking out the HopsAboard competition, Ryan now has a chance to turn his hobby into a career.

Aside from entering a few local competitions and brewing a batch for a cousin’s wedding, this will be the first time winner Ryan has shared his beer with anyone outside his family and close friends.

As a startup ourselves, we were eager to throw our support behind Ryan and we look forward to stocking his beer as part of our craft beer product range.

A six pack of the new beer line can be ordered for $25, a slab or carton for $80 and a keg for $350. Ryan’s beer will be available to Melbourne Tipple customers only.
[/one_half] 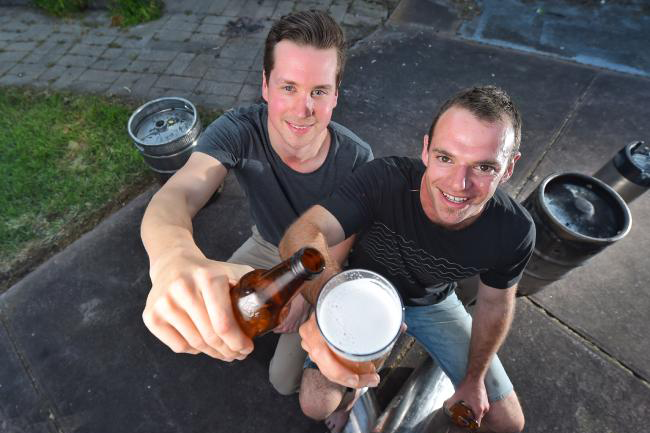