Who run the world… GIRLS!

This International Women’s Day we’re taking a look at the women running the liquor world. From the women who played a significant part in influencing the liquor landscape throughout history, to the women currently at the forefront of notable alcohol brands.

Who run the world you ask? Girls!

The evolution of the spirit industry sees more and more women in the game, take for example, Missy Kesseler – the Brand Ambassador for Four Pillars Gin. Missy spoke with us about what it’s like to mix things up in what has historically been a male-dominated industry and how she educates and inspires bartenders to create all kinds of delicious gin-inspired cocktails.

This year’s theme for International Women’s Day is Balance for Better, a call-to-action to build a gender-balanced world. Missy believes that by putting women on an equal playing field, we will create a balance and tear down the ‘boys club’ stigma.

“The liquor industry has always been (and to some degree, still is) perceived as a ‘boys club’, yet we have so many incredible women shaking and stirring it up in Australia and all over the world.

“For some reason there is this idea that women are fighting to be better than men, which we are not. We are fighting to be equal, to have the same opportunities, for our voices to be heard and our opinions to be considered, just as much as our male counterparts.

“Men and women are said to be like ‘yin and yang’ – we want to create balance and equality” she said.

Taking a look back at history, it’s hard to believe that in Australia it was against the law for a woman to drink in a public bar!

In 1965, Merle Thornton and Rosalie Bogner strode into Brisbane’s Regatta hotel and chained themselves to the foot rail, refusing to leave. This protest sparked a nationwide debate and five years later, the law was repealed. We’ll cheers to that!

Four Pillars is founded by three guys (plus Wilma, the copper and steel still where the magic happens) but it was actually a female, Queen Anne herself, who was inadvertently responsible for the mass production of gin. Anne loved a cheeky tipple and was coined ‘Brandy Nan’ after it was revealed her go-to drink was brandy mixed with cold tea.

However, Anne wasn’t a fan of the Distillers Company Charter that King Charles I issued, so she cancelled it. Unknowingly, this encouraged the increase of gin production with hundreds of back street distilleries popping up and before London knew it, they were quite literally drowning in gin. Thanks to Anne, the spirit is what we know and love it to be today.

International Women’s Day is the annual celebration of women around the world, from Queen Anne to Merle Thornton and Rosalie Bogner, it’s a time to celebrate how far women have come and all that women are capable of.

Missy’s favourite way to celebrate involves a Four Pillars Gin cocktail special: A classic G&T with the classic Rare Dry Gin poured over ice, topped with sparkling tonic and garnished with a slice of orange.

To celebrate International Women’s Day, we’re giving a cheeky $15 off to celebrate women everywhere – for one day only! Simply enter LADIES at checkout. Order online. 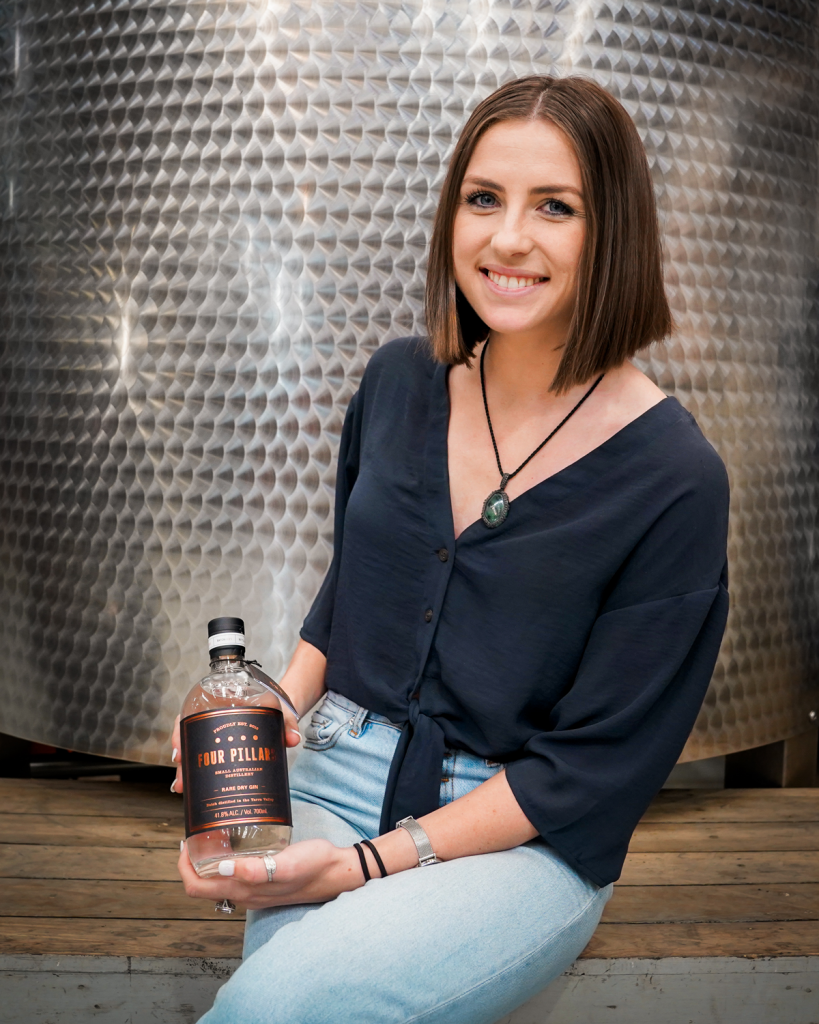